Capt Nathaniel Lemmon loves the outdoors…hunting and fishing is his passion. Since 1998, Nathaniel Lemmon has called Florida home, pursuing inshore species around the state via light tackle and fly. Prior to moving to Florida, Nate grew up in the mountains of West Virginia. For nearly 30 years, he has spent hundreds of days per year in the woods or on the water. Capt. Nathaniel grew up fishing the native and stocked trout streams and creeks of rural West Virginia. He has fished in many states throughout the Northeast, Midwest, Mid-Atlantic, and Southeast. He has also fished abroad in the Bahamas and Turks and Caicos. After receiving a bachelor’s degree from West Virginia University, Capt. Nate moved to East-Central Florida where he met his future wife and settled in New Smyrna Beach—along the waters of the North Mosquito Lagoon. With many inshore launch ramps only a few minutes from his doorstep, it’s safe to say inshore waters are his backyard and home away from home. 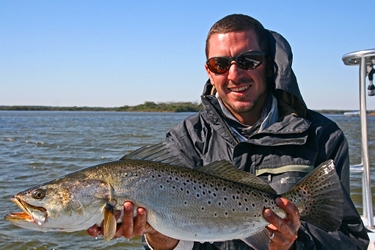 Capt. Nathaniel Lemmon became a full-time professional angler in 2005, guiding charters and fishing redfish tournaments with other professionals. He is on the water nearly every day—whether fishing or guiding—learning, watching and patterning finicky fish over 250 days each year. Nathaniel averages over 150 charters per year. He's done well over 1,000 charters and many of his cients have been gracious enough to provide client testimonials of their experience fishing with him. Aside from fishing charters, he annually puts his angling skills up against the top inshore anglers by fishing professionally in local and national tournament trails. He has fished on the IFA Redfish Tour, HT Pro Redfish Series, Xtreme Redfish Series,and Sport Fishing Magazine's Fishstock Inshore Challenge. He has several tournament wins, many finishes in the top 5, and an overall average finish in the top 15% of all tournaments he has ever entered. 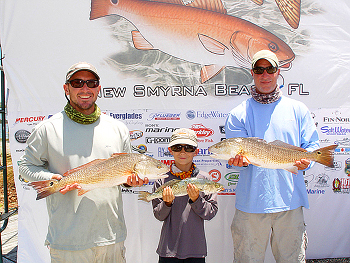 Capt. Lemmon offers fishing charters in Mosquito Lagoon, New Smyrna Beach, and the Indian River Lagoon. He is a full-time guide for the area's 4 most prized gamefish...redfish, spotted sea trout, tarpon, and snook...on light tackle and fly. Are you interested in seeing results from his fishing charters over many years? Nathaniel has published monthly fishing reports for several years, detailing conditions and providing pictures of some prized catches during the months.

While fishing is Nathaniel's every-day pursuit, hunting lies very close to his heart. He spends many days in the woods each year hunting whitetail deer, wild turkey, wild hog, waterfowl and small game.